What is Obstructive Sleep Apnea Syndrome? Get the Facts! 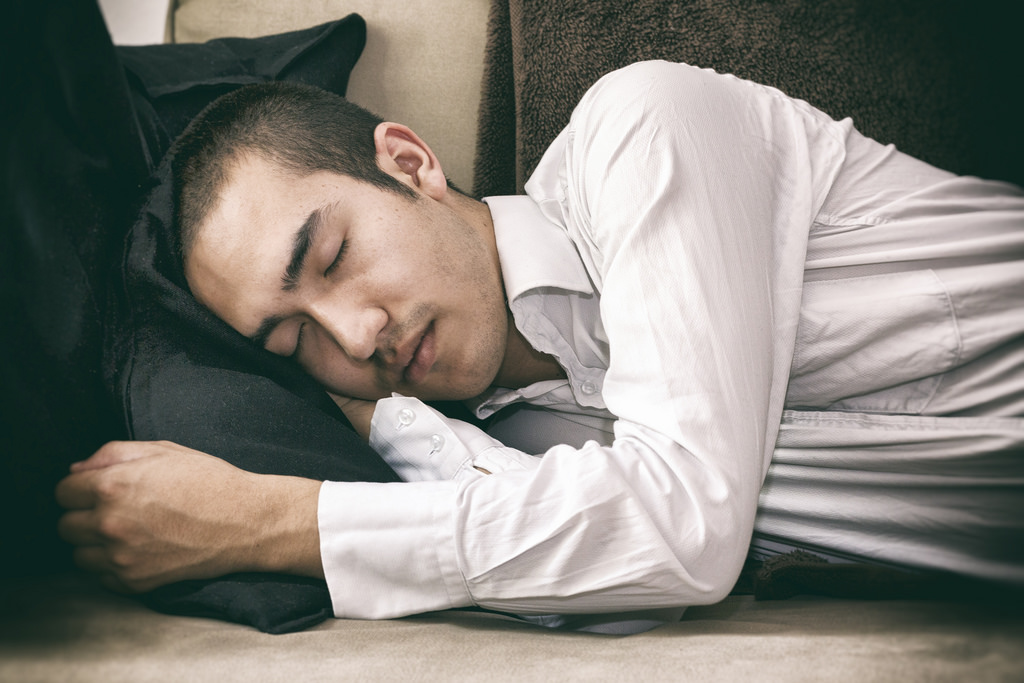 I remember my wife and I first sharing the news of her diagnosis of obstructive sleep apnea syndrome. “What is sleep apnea syndrome?”, was the common question we received. As of late, the matter of sleep and the consequences of sleep deprivation have been coming to the forefront of public discussion and scrutiny. Some companies have even started to screen for it for roles that require operating heavy machinery. But why so much hubbub? After all, sometimes you sleep well and sometimes you don’t. It’s okay to be tired in the day sometimes…after all there’s just so much to do! Right?!

Sleep apnea syndrome is a very serious medical condition. It can make a big difference to your day-to-day quality of life and deserves attention. Guess what the word ‘apnea’ means. It’s from Greek apnoia, meaning ‘absence of respiration’. It refers to the cycle of cessation and resumption of breathing during sleep, which has very serious consequences for your health. In reality,?there are really around three (3) types of sleep apnea syndrome, but obstructive sleep apnea (OSA) is argued to be the most common. This type is characterised by a partial (or sometimes complete) closure of the airway due to a physical obstruction. Usually, a very reliable sign of this is…you guessed it…snoring. While snoring may not necessarily mean that one has sleep apnea (after all, it could point to Upper Airway Resistance Syndrome instead), it can indicate that there’s a serious problem with respiration during sleep that needs to be thoroughly examined. 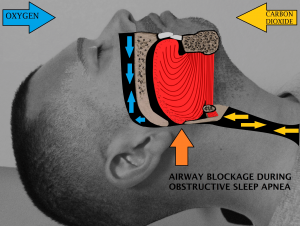 As we said before, OSA is caused by an actual blockage of the airway. How that occurs is fairly specific. As you fall deeper and deeper into sleep, the muscles at the back of the throat start to lose their tone or rigidity. As a direct result, the structures they support– ie the tongue and soft palate start drooping into the air passage, gradually obstructing the flow of air. The snoring sound that accompanies this is really caused by the vibration of the tissues in the passageway as the sleeper tries to breathe. It’s comparable to drinking through a straw that’s becoming ever narrower…a condition which actually puts the body under stress!

When the brain suddenly realises that it’s not getting enough oxygen, it sends a ‘wake-up call’ in the form of our?good old stress hormone, adrenaline. This wakes us up just enough to cough (and snort sometimes), thus clearing the airway. This is so brief that many of us do not recall the event. But then we settle back down to sleep, only for it the pattern to recur. This could go anywhere from five (5) times per hour in mild cases, to more than thirty (30) times in severe instances. It’s important to remember that, when left untreated, sleep apnea can actually worsen so it makes sense to be proactive in its treatment.

What Are The Signs I May Have It?

The scary thing about OSA is that many people do not know they have it. During my days as a bachelor, I did not know I snored until I accidentally snored myself awake! Women in particular tend to have hangups about snoring because it’s not deemed “ladylike”. While men are more likely to be affected by sleep apnea, women also need to realise that they can be affected, even if they do not show outward signs of snoring. 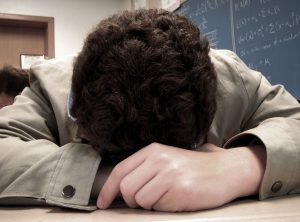 A few weeks ago, I listened to a podcast by Dr Steven Park titled “The Walking Dead: Sleep Deprived Zombies Are For Real.” During the show, he interviewed Dr Joseph Borelli and they discussed the detrimental effects of sleep apnea on the brain, nervous system and the heart. One of the most important points they mentioned however, was that many of us are accepting of one of the most common symptoms–daytime fatigue–without a hint of concern! Some of us may actually use it validate just how busy we are with our daily duties, and while we may perform excellently on the job, we are failing terribly at sleep. A very simple test for this is whether or not we would fall asleep given the chance. This may also happen in inappropriate situations such as at social events or when driving or operating heavy machinery!

Children are not exempt from the effects of sleep apnea either. Many of us make the mistake of associating snoring with deep sleep, when nothing could be further from the truth (we may even say it’s ‘cute’). A child that snores excessively should really be checked by a sleep specialist so that early remediation can be effected.?Children are less likely to show hypersomnolence (ie excessive sleepiness) in the daytime, and as such most parents wouldn’t necessarily think to have this looked into. The effects however will eventually manifest themselves as the child matures; stunted growth is a very important indicator. According to Wikipedia, this may occur for two (2) reasons:

It makes a lot of sense then to keep a watch on your young one(s) for these features as sleep apnea can influence their long-term development. 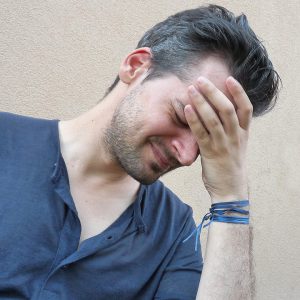 Alongside excessive daytime sleepiness though, there are many other signs and symptoms. Morning headaches may result due to the persistent state of low oxygen throughout the night. Before learning about sleep apnea syndrome and CPAP my wife and I had almost accepted that her morning headaches were caused by her epilepsy medication. We were looking at the wrong correlation all along.

Insomnia is yet another symptom…one which can start a vicious cycle of sleeplessness. The brain learns to avoid stressors and can actually trigger wakefulness as a way to avoid oxygen deprivation. This makes attempts at sleep very dissatisfying and frustrating, which only serves to trigger the cycle anew.

Cognitive capabilities suffer greatly in sleep apnea sufferers. Do recall that sleep has its own architectural makeup, and each stage is aimed at doing something very specific. One of those stages (deep sleep) controls memory consolidation and maintenance. If you’re getting too little (or too light) sleep, then you are likely to have problems with attention and memory in the medium-term. 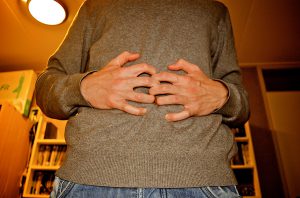 Acid reflux (GERD) tends to be an issue that gets glossed over frequently as well. At one point when I was 30 lbs overweight, I had terrible heartburn which I could not figure out. As it turns out, due to the resistance being created at the top of my airway as a result of?my snoring, I was effectively creating a vacuum for my stomach acid. This sucked it all the way up into my throat, causing me a world of problems: nighttime coughs and a dry scratchy throat in the morning being foremost amongst them.

There are many others: anxiety, depression, heart disease, diabetes, hypertension, loss of libido (erectile dysfunction may also present here)…you name it, many of these conditions can be traced back to simply being a bad sleeper. Some unusual secondary conditions may also show up?in persons with sleep apnea, such as postural orthostatic tachycardia (POTS) or atrial fibrillation. If you’ve been diagnosed with either of these, do see a doctor as soon as possible!

You could be at risk due to any of the factors named below:

While this list is not exhaustive, it does identify many of the primary concerns that should get you thinking.

Wow…What Should I Do If I Want to Get Checked Out?

Firstly, start a sleep journal. You can find a sample here. This should indicate some specific parameters surrounding your sleep–namely duration, quality, whether or not you had dreams, how many times you may have gone to the bathroom during the night, shortness of breath, morning headaches etc. ?Some say you only need two (2) weeks worth of information in the journal before seeing a sleep specialist, but I would recommend observing your pattern for one (1) month since that would represent a larger period over which you can do some trend analysis.

Your next step would be?to get a referral to a sleep specialist. Said specialist would normally run through a questionnaire with you in order to confirm the status of your condition. It’s very helpful as well to have a spouse or family member along who may be better able to report on how you’re sleeping. When I accompanied my wife, I was able to relate the fact that she would snore loudly and stop breathing from time to time. That was a source of great anxiety for me, sometimes coming into the bedroom and just seeing her lying perfectly still, before suddenly starting to breathe again. Of course, she maintained that she did not snore loudly (go figure) but since she wasn’t the one hearing it, her opinion didn’t count!

Fun fact (…well not really): Did you know that some spouses go partially deaf due to the the snoring of their partner? In particularly bad cases, snoring may enter the decibel range of a chainsaw (121 dB)! For reference, the safe noise limit for our ears is 85 dB…so if you’re being exposed to loud snoring for several hours per night, you may be at risk of hearing damage/loss. Snorers themselves aren’t missing from this equation…they may also suffer noise-induced deafness from their own respiratory noises. 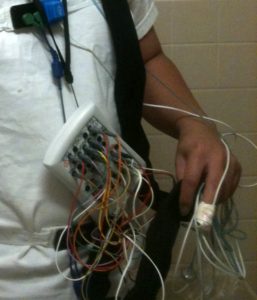 After running through the questionnaire, you may be subjected to a physical exam of your nose, mouth, throat and soft palate. Of particular interest is throughput in the nasal passage, the size of the tongue relative to the jaw, the size of the uvula (which hangs right above the airway) and tonsils as well as?the circumference of the airway itself. Dentists are in a particularly good place to provide this information.

If the outcome points to a moderate or high risk of sleep apnea, the doctor may request a sleep study. The most common type of study is known as a polysomnogram and may be delivered in a lab or at home. This normally involves specialised equipment with sensors that keep track of your heart rate, blood pressure, respiration and oxygen levels throughout the night. In lab studies, you may be put on a CPAP machine for a part of the night in order to verify whether or not your sleep quality?improves. Ultimately, the results will be aggregated, reviewed and scored. Your diagnosis is normally shared with you around 1-2 weeks later.

Can I Just Ignore It And Get On With My Life?

Well you could…but that wouldn’t do you any good. Sleep apnea itself doesn’t kill, but the secondary conditions it provokes very well might. Depending on its severity, it may make it very difficult for you to remain healthy and productive in the medium-to-long term. Here are but a few of the possible complications that accompany sleep apnea:

Once again, this does not represent a comprehensive list of complications. But would you really want to know what further horrors await?

What Are The Options For Treatment?

Before speaking about the medical interventions possible, it’s important that we establish the goals of treating OSA. The aim is do anything possible to help you breathe better during the night by helping to relieve or remove any factors that contribute to resistance in the airway. This will also reduce snoring along with other issues related to sleep apnea such as hypertension and daytime fatigue.

There are four (4) typical ways to treat OSA.

I hope this writeup has helped to shed some more light on the matter of obstructive sleep apnea syndrome. It’s a medical condition that could greatly benefit from more awareness-raising effort and I’d like to play my part in helping to educate everyone. If you or a loved one currently deal with sleep apnea issues, I would love to hear how your treatment is going! Kindly drop me a comment below and I’ll be sure to respond.