Calm Those Feet: What To Do For Restless Legs Syndrome? 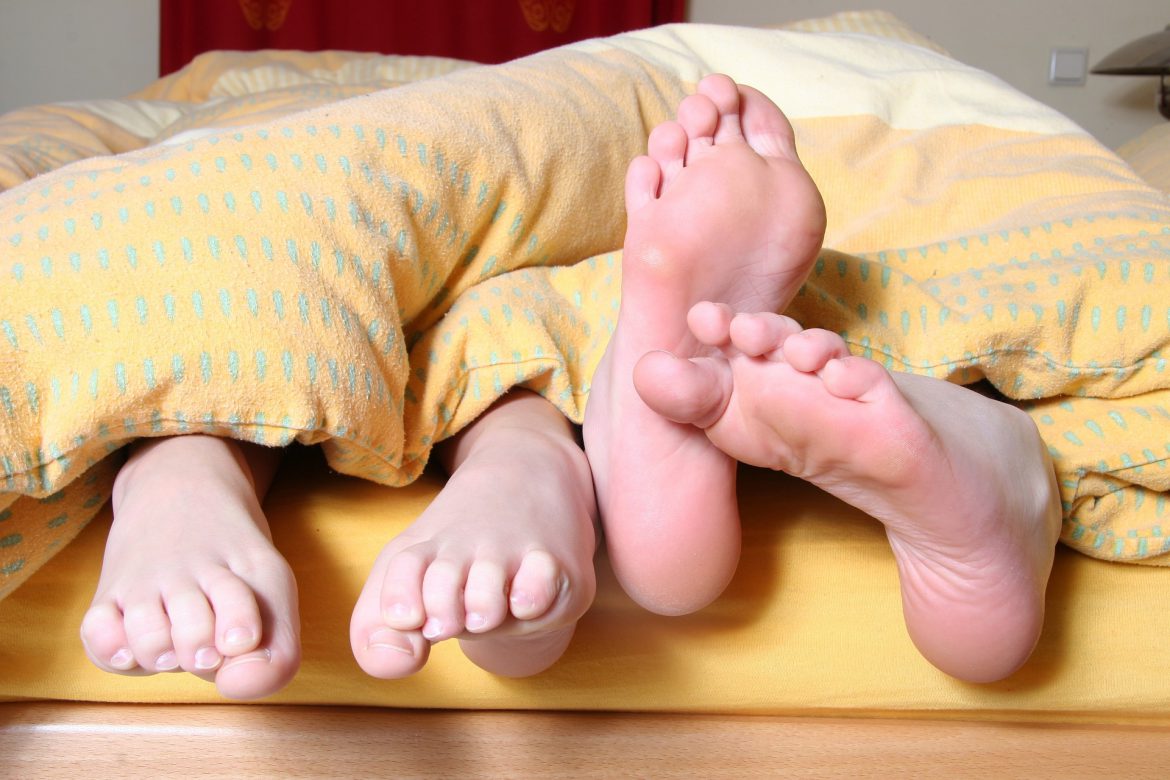 It is estimated that one out of ten people in the United States are affected by Restless Legs Syndrome. 5 million persons in the USA have moderate to severe RLS. If you find yourself sleeping for only two hours at night then being suddenly awoken by twitching, creeping, pulling, throbbing legs often accompanied by unpleasant sensations, then chances are you are suffering from Restless Legs Syndrome. The condition can make you uncomfortable and unable to sleep. One unusual and distinctive thing about this condition is that it primarily occurs when your body is at rest and relaxing at night. The severity of RLS can also increase tremendously over time, eventually taking a toll in your life.

Restless Legs Syndrome is a disorder that affects the nervous system. The condition causes an urge to move your legs. It is considered a sleep disorder because it occurs at night and often interferes with your sleep. Moving the legs relieves the discomfort. The severity of the condition often ranges from irritating to very painful. It can make it difficult for you to fall asleep and even stay asleep. People diagnosed with RLS often experience daytime fatigue and exhaustion. 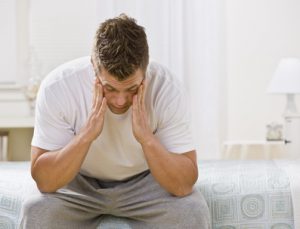 Some of the telltale signs and symptoms that indicate whether you have RLS include:

? Irresistible urges to move your legs at night
? Uncomfortable, itchy, needles and pins in the feet
? Sensations begin when at rest, and may worsen at night
? Relief by movement–twitching, kicking, creeping, pulling and crawling relieves the pain in the legs.

All of this means that it’s very difficult to get a deep restorative sleep at night!

The exact causes of RLS are unknown. In the case when the cause of RLS is unknown, it is often referred to as primary or idiopathic RLS. However, scientific research has shown that specific genes are linked to causing restless leg syndrome. Based on the research conducted by the National Heart, Lung, and Blood Institute, insufficient or faulty use of iron can trigger Restless Leg Syndrome. The human brain needs iron to produce dopamine. Dopamine is an essential chemical that controls movements in the brain. Dopamine works like a connector between the nervous system and the brain. It regulates movement, and if there is a deficiency in dopamine in the brain, muscles spasms occur which is followed by involuntary movements. This is what makes you move your legs at night interfering with your sleep. Additionally, conditions such as Parkinson?s disease, rheumatoid arthritis, diabetes and kidney failure affect the manner in which the human body uses iron.

To add to this, medications that prevent dizziness and nausea also trigger Restless Leg Syndrome. Drugs that contain calcium and antihistamines can cause RLS. Antidepressants and antipsychotics may trigger Restless Leg Syndrome as a side effect. These medications can significantly affect your sleep. Substances such as alcohol and drugs such as tobacco have also been found to initiate RLS and even magnify the symptoms. 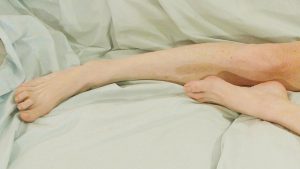 Sometimes if you have nerve damage in your leg, it can lead to RLS. This may be due to an injury or the effects of diabetes. Other conditions linked to causing RLS are end-stage renal disease, rheumatoid arthritis, Attention Deficit hyperactivity disorder (ADHD) and Parkinson?s disease. Anyone at any age can get Restless Leg Syndrome. However, the condition is more prevalent in females than in males. If there is a history of RLS in your family, you have higher chances of getting RLS. Studies have shown that risk of getting RLS increases as you age. Furthermore, studies reveal that people living in the Northern Europe are more susceptible to RLS than people from other ethnic groups.

Further research also shows that being overweight, obese, stressed and lacking exercises can increase your chances of developing contracting RLS. These conditions don?t directly cause restless leg syndrome but can worsen the symptoms of RLS. They are linked to diseases such as diabetes, cardiovascular disease, and low dopamine receptors.

As mentioned earlier, RLS can wreak havoc on the quality of your sleep. It is, therefore, advisable to seek treatment as fast as possible. Treatment for RLS is all about lifestyle changes, and as it turns out, there are several natural remedies available. Naturally you should also consult your physician, but it is best to go after low-cost interventions first in my ooinon. If you are currently battling with the condition, then here are some of the remedies to consider.

Massage and move to reduce restlessness 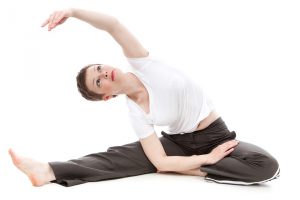 According to Dr Jessica Vensel Rundo, MD, massaging and movement?are necessary immediate care strategies to treating RLS. A massage is a form of counter-stimulation to RLS. It promotes blood flow to the legs and controls RLS symptoms. Moving is another sure way of increasing blood flow and reducing the severity of RLS and bringing relief. It is advisable that you stretch your legs, flex your ankles and calves before going to bed. If you?re going to the theatre, be sure to pick an aisle seat in so you can move around more easily.

Meditation, yoga, and relaxation techniques are beneficial in curbing stress. Doing these exercises particularly before going to bed can help treat RLS and significantly translate to better sleep.

Go for a hot or cold shower

Taking a warm bath before bedtime can help in managing the condition. Dr Rundo?also recommends using warm or cold compression on your legs to curb the severity of the condition. It helps to calm the sensations in your legs. It enables you to battle for a better sleep.

Substances such as alcohol, nicotine and caffeine are the worst enemies in your fight against RLS. Foods such as coffee, caffeinated drinks and chocolate are disastrous if you have RLS. Giving up from such foods can help you wind up the condition for a better and quality sleep. Staying away from such substances can bring a significant difference in your condition.

You may be doing everything expected of you to fight RLS but fail when it comes to sleeping habits. Some of the healthy sleeping habits recommended by doctors include sleeping and waking up at the same time every night, eating 2-3 hours before sleeping, keeping your bedroom ideal for sleeping and getting adequate sleep every day. Be sure to brush up on that sleep hygiene!

Gluten refers to a protein found in barley, wheat, and rye. Gluten is in most baked foods, bread, salad, and soup. Moreover, supplementing your diet with food rich in iron can also help remedy RLS. Eating a proper and hygienic diet and combining it with exercises can keep your RLS symptoms at bay and even treat the condition enabling you to sleep soundly.

If you experience severe RLS and can?t sleep at all, your doctor may give you some drugs that help relieve RLS symptoms. Some of the commonly used drugs include:

These include drugs such as retigabine, pramipexole, and ropinirole. These medicines act like neurotransmitters to the brain taking the role of dopamine. However, it causes side effects such as lightheadedness, nausea, and daytime sleepiness.

These are sedatives and include alprazolam, clonazepam, and temazepam. They are efficient in helping you sleep through the night.

Restless Leg Syndrome may sound weird but can take a toll on your life it you leave it unattended. It can rob you of a comfortable and high quality sleep, but treating the symptoms can save you from this intimidating and pestering condition. The above are some of the things you can do in case you are affected by RLS. Note that the condition can vary from one individual to another.

I do hope you have enjoyed reading about RLS and the ways in which it can be treated. Do leave some feedback in the Comments area below especially if you have some experience to share!