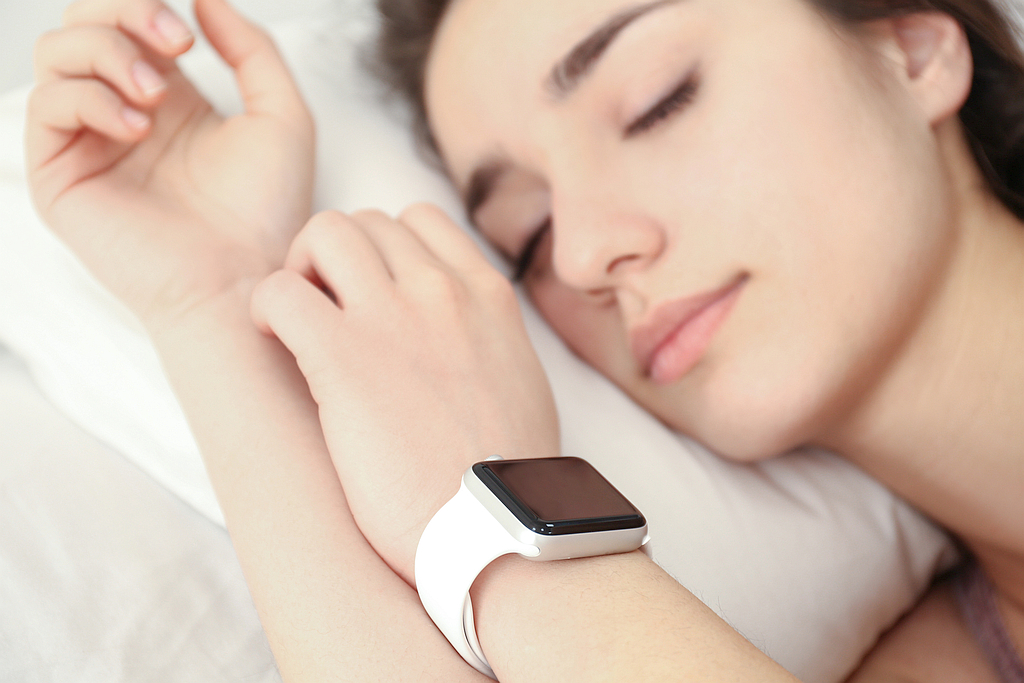 There’s no mistaking that sleep quality plays a massive role in our general health and well-being. Utilising the best sleep trackers available can help us understand how well we’re doing and whether or not any adjustments may be needed. Did you know that during sleep your body runs critical maintenance processes in order to make sure that cognitive and physical body processes work correctly? If this is news to you, I’d invite you to first check out our article on sleep architecture. While we may think we’re doing well on little sleep, there’s a lot of damage happening behind the scenes that we’re not aware of. In fact, the CDC has indicated that consistent sleep deprivation (ie. less than 7 hours per night) led to an increased risk of heart problems, obesity and mental fatigue/stress!

That said, information is important. As more of us become aware of this fact, the market for sleep technology has shown a remarkable uptick in value–with some projecting that it will be worth US$80bn by 2020. This spells big business for dedicated sleep innovators as well as many fitness and activity trackers who have extended many of their products with sleep activity tracking features. Information about sleep yields knowledge, which in turn gives us the power to make sensible decisions regarding how we treat with our nightly schedules. In this article, we will be discussing the top 10 best sleep trackers available, but due to the size of the original article, this will be released in two parts. The first section will focus on wearables that have a sleep tracking and fitness function (eg. the FitBit Blaze), and the second will take a look at more dedicated, fixed solutions (eg. the Withings Aura). If you’re more interested in the second section, feel free to?skip to Part 2.

How Do Sleep Trackers Work?

Polysomnography is one way of better understanding what’s happening during sleep. During a typical sleep study, you’ll generally get the following information:

Due to the equipment used, this is one of the most accurate ways of tracking your sleep. That said however, it would look really strange to be walking around with electrodes hooked up to your head all the time. Additionally, you won’t get real-time information on-demand, which is what sparked the need for a cheaper and more highly available solution. Sleep trackers utilise a different method for tracking sleep, known as actigraphy. Actigraphy is essentially the study and assessment of human activity and rest cycles, carried out using an actigraph unit (or actimetry sensor). The actigraph unit, among other things, is primarily sensitive to movement, which is used as a proxy to determine if the the user may be asleep or not. This method became very prevalent over the last 30 years since it allowed patients to continue their normal routines and would thus provide better trend information about other lifestyle factors that could influence sleep. It may not be as accurate as polysomnography, but it can get pretty close (90%). It’s also less expensive and the actigraph unit can be worn just like a watch. This does not make it a complete substitute for a thorough clinical review and evaluation…but you have to admit, it beats having all those cables around!

In Part 1 of this review, the wearables under scrutiny are as follows:

HELO (Health and Lifestyle Oracle) tops our list as the most advanced personal health monitor?on the market today. The latest released version, the HELO LX, is an upgrade to the previous HELO classic and offers more features. World Media and Technology Corp (Wor(l)d) pushed this product to market late 2016 and had remarkable uptake in over ten (10) countries worldwide. It?is powered by Toshiba’s recently developed ApPLite processor, a low power technology that enables the smart?wristband to measure a host of vital statistics,?one of which is–you guessed it–sleep! Assuming regular use, you can expect the battery to last for up to a?week?before requiring a recharge, which is pretty phenomenal given everything it’s doing. I should mention as well that the HELO utilises hemodynamic analysis to collect some of its information (mainly cardiac and respiratory information). That’s really just a fancy way of saying that it passes light through the skin and measures the type of light reflected by the content in your bloodstream.

The device offers not only sleep tracking but analysis as well and is able to let you know how well you’ve been performing in the sack (no pun intended). Like most wearables that depend on wrist actigraphy, it can be “tricked” into thinking you’re asleep if you’ve been on the couch for a while, but by and large the consensus from early adopters has been that it is largely accurate.?All the data collected is aggregated and synchronised with the?HELO app which runs on your smartphone. If you have the free version, do note that you will only be able to keep your sleep data for 30 days. If you go Pro, you can keep it as long as you like. This is excellent if you’re a seeing multiple specialists for a long period of time, with different drugs being thrown into the mix. You can then observe what the pharmacological effects of said drugs are on your sleep quality!?Additionally, because of the large volume of data that the monitor collects, it’s easier to spot correlations between, say, your blood pressure and nightly arousals. This can be used as supplementary evidence by?a physician or specialist in order to determine what kind of corrections to make to your sleep patterns.

The Misfit Shine 2 is an interesting and low-key activity tracker that prides itself on sheer flexibility. You can wear it on your wrist or clip it to just about anywhere such as your collar or belt (heck, you can even wear it as a–rather large–pendant). Like the HELO, this device is not a smartwatch but rather a personal health tracker tool, and does not sport a display. The original Misfit Shine came out in late 2014, and Misfit Inc sought to improve on its original design by releasing the Shine 2 to its audience. On the outside it seems fairly simple but under that unassuming aluminium housing it’s?powered by an efficient?EFM32 Leopard Gecko 32-bit microcontroller (MCU) from Silicon Labs. You don’t really have to worry about charging it since it uses CR2032 lithium-ion batteries (common watch batteries) which are good for 6-months at a time. It has already developed a reputation for accuracy, especially when it comes to step counts.

The Misfit Shine 2 has fairly good sleep tracking capabilities and claims to be able to differentiate between ‘light’ and ‘deep’ sleep. The presentation is done via graphs but doesn’t really present an actionable analysis. Additionally, since it doesn’t collect any heart rate information, you won’t get a really big picture view of your total bodily health. It’s synching mechanism is also slightly inconvenient since the aluminium housing limits the reach of its Bluetooth range. This somewhat limits its usefulness but it’s still an amazing device (and stylish too!)

The Fitbit Blaze burst onto the scene originally as the touted ‘killer’ of the Apple Watch. It’s a great all-round device, which is wafer-thin, yet packed with features. On the inside, it’s powered by a?32-Bit ARM Cortex-M3 MHz microcontroller from Silicon labs, and also has a GPS among other things (unlike the Misfit). With an OLED display, it’s really more of the smartwatch category with activity tracking built-in. While not necessarily the most stylish device of the lot, it does make up for it in features, and Fitbit made sure to pack it with lessons learnt (especially from the Charge 2). It measures a host of stats, though not as many as the HELO. It’s heart rate sensor is also pretty good, though reports have indicated that it may become inaccurate at higher levels of activity when compared to a chest strap reading.

The Fitbit is goal-oriented when it comes to sleep tracking. While you will get your usual sleep activity graphs (which also show your level of wakefulness/restlessness), you can also set some goals for getting better sleep. You definitely get some solid insight into your sleep quality with the use of this device and what’s better is that you can also improve your numbers if you’d like. With a movement and heart rate sensor combined, you really can’t go wrong here.

The Fitbit Charge 2 remains a fun buy for smartwatch patrons, mostly because it does a little of everything. It may ?not be as advanced as the FitBit Blaze, but still offers great value in a small footprint. A step-up from its predecessor, the Charge HR, the Charge 2 sports a?STMicroelectronics microcontroller (ultra low power) along with additional sensors for movement and heart rate. Its battery life is therefore comparable to the Blaze (ie. 3-5 days). Though it has a smaller screen footprint than the Blaze, it’s still visually appealing and does well in the smartwatch and activity tracker category. It’s been reported to do quite well when it comes to measuring steps and distance, even when it comes to stair-climbing.

While the Charge 2 will not give you as much detail regarding your sleep as the Fitbit Blaze, it compares more with the Misfit in that it can indicate how much time you may have spent in light vs deep sleep. It can also track whether or not you were restless or completely awake at any point during the sleep cycle, which is very useful for those of us who may be consistently light sleepers without knowing it. It’s heart rate monitor also performs quite well, showing great accuracy for pulse rates. While it doesn’t boast the same capabilities as the HELO or the Fitbit Blaze, it has withstood the test of time and remains a great buy.

The Jawbone UP4 builds on lessons learnt in the UP2 and UP3 and definitely delivers an interesting experience as a personal monitoring tool. Like the HELO LX and Misfit Shine 2, it does not have a graphical interface, instead opting for somewhat crosshatched, tufted appearance (very similar to the UP3 but with less color options). ?The innards of the UP4 including its sensor array (except for those which read heart rate) ?is encased in an aluminium housing, and it boasts a battery life that is comparable to the HELO (5-7 days). Jawbone leverages its UP platform in even better ways than its previous offerings, offering great features such as reesting and passive heart rate measurements, steps, diet and sleep. It even includes a health coach feature and appears to be able to learn your habits the longer it is worn!

The Jawbone Up4 can indeed track your sleep rather well, indicating when you’ve been in REM, light, deep sleep or just awake. It also tries to acively learn your sleep duration?to improve its accuracy, by asking if its tracking results actually match what really happened. A smart alarm makes this particularly cool since it tries to wake up up in our lightest phase of sleep. In its previous version one had to explicitly place it in sleep mode, but a later update soon remedied that inconvenience. The advancements made to the heart rate monitor are also a big plus since you can actually take your resting heart rate as soon as you wake up. This can give you some insight into what your HR reading baseline was while asleep.

I do hope this first look at the top offers on the market excites you! Personal health monitoring is taking off, and as the technology matures, we find ourselves getting ever deeper insights about our own wellbeing. Correlating this to our sleep is of utmost importance, since it determines so much of our physical and mental states of existence. For more useful information on dedicated sleep monitors, see Part 2 of our review here.

If you’ve owned any of these devices (or are thinking of getting one), please feel free to drop me a line below!